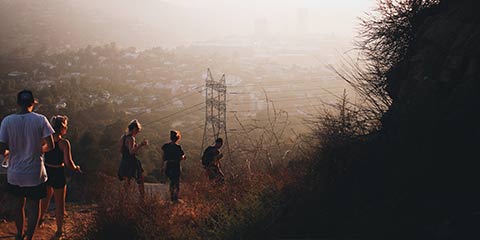 CBD, or, cannabidoil, is gaining a lot of attention for its many uses and non-psychoactive effects. Although you may have heard of cannabidoil, you may not know of the many health benefits of CBD. The cannabis plant has been the subject of extensive research because of its many therapeutic benefits. Studies have suggested that cannabidoil can help improve many bodily functions, including immune function, mood, and cognitive abilities.

CBD is the second-most abundant cannabinoid found in cannabis. Medical professionals are considering the cannabinoid as a suitable healing agent because of its non-psychoactive effects. This means that people who use CBD won’t experience the “high” that is associated with the consumption of THC, the main cannabinoid in marijuana.

In addition to being non-psychoactive, CBD can reduce the mind-altering effects of other cannabinoids like THC in the cannabis plant. It works in the following ways to enhance a person’s physical and psychological well-being:

One of CBDs specialties is that it can act as an effective and natural pain reliever. Evidence suggests that it modulates pain by inhibiting the transmission of neurons in pain pathways. In a study conducted in 2012, researchers found that CBD reduced chronic neuropathic and inflammatory pain without causing analgesic tolerance in rodents. This suggests that CBD may be a novel therapeutic agent for treating chronic pain.

Additionally, a 2007 study carried out in Canada showed that a combination of CBD and THC was effective in relieving neuropathic pain resulting from multiple sclerosis. This symptom may have a debilitating effect on 50 to 70 percent of multiple sclerosis patients.

Another study, conducted in 2016, experimented with CBD in rats who had arthritis, where researchers applied CBD gel on the rats every day for four days, applying 0.6, followed by 3.1, followed by 6.2, and finally 62.3 milligrams per day. At the end of the experiment, the researchers noted reduced inflammation and overall pain of the rats’ affected joints without any negative side effects.

The anti-inflammatory and pain-relieving effects of CBD products could hold promise for people with arthritis and other conditions.

In addition to relieving pain and inflammation, CBD may be able to help individuals manage their anxiety. Researchers believe CBD may have the ability to change the way our brain’s receptors respond to serotonin, the dominant chemical linked to positive mental health.

Clinical trials are being administered for additional support, officials say.

Recently, there has been word that funding has been raised from the National Institutes of Health to begin additional clinical trials. These trials will test whether CBD can help those suffering from post-traumatic stress disorder and severe alcoholism.

Previous studies using healthy human volunteers and animals suggested that CBD may have anxiolytic-like properties that can significantly contribute in reducing anxiety. Leading researchers suggest that CBD can also be used for treating those with panic disorders and OCD (Obsessive Compulsive Disorder).

Research has shown that CBD can produce antipsychotic effects. Developments about CBD and these effects are still being further developed and analyzed.

According to a critical review based on 30 years of investigation, the use of neurochemical and behavioral techniques on animal subjects appears to have the same pharmacological profile as an atypical anti-psychotic drug. The studies indicated that CBD may prevent psychosis and help schizophrenia patients with minimal risk.

During the experiment, scientists conducted a small trial of people with psychosis (paranoia and hallucinations) and found patients who were treated with CBD had lower levels of psychotic symptoms than those who received the placebo. The study found the patients who received CBD were more likely to be rated as “improved” by their psychiatrist, and there were clear signs of better cognitive performance and function.

Another positive health benefit of CBD is its ability to relieve nausea and vomiting.

In a 2012 study, researchers learned that it had antiemetic and anti-nausea effects on rats, and concluded that CBD was effective in alleviating nausea and vomiting. More specifically, it was especially effective regarding toxin-induced vomiting. It was found that it only suppressed this type of vomiting when it was administered in small amounts.

Cannabinoids have shown success in treating the uncomfortable symptoms caused by CINV (Chemotherapy Induced Nausea and Vomiting). Although natural cannabis is not yet a part of the global standard Clinical Practice Guidelines for Oncology in the United States, Cancer patients can still find relief from nausea through CBD.

Many people have started using CBD to treat nausea and vomiting based on preliminary results. These results indicate that CBD is capable of activating a neurotransmitter that decreases the sensation of nausea. More research, specifically on identifying appropriate combinations, dosages and drug interactions, is needed for both natural and synthetic cannabinoids used for CINV as well as other types of nausea.

Several studies revealed that CBD may help in the treatment of neurological disorders. In 2014, researchers from Stanford University presented a survey to a Facebook group that shares information about using CBD-rich cannabis to treat seizures in children. A total of 19 members of the group met the criteria for the study. These participants tried an average of 12 anti-epileptic medications before switching to CBD.

After administering the cannabinoid to their children, 16 of them reported a reduction in seizure frequency. Two reported complete freedom from seizure, eight saw seizure frequency reduced by more than 80 percent, and six reported a seizure reduction of 25 to 60 percent. The study also found that CBD provided other beneficial effects, including better mood, increased alertness, and improved sleep.

Most recently: During the week of April 16, a panel of advisors in the Food and Drug Administration (FDA) recommended approval for the first pharmaceutical grade CBD, called Epidiolex, to treat seizure disorders in children. This could open the door to more research to approve its use in other disorders.

One pediatric neurologist at Vanderbilt University evaluated the effectiveness of CBD supplements in kids with seizures, claiming the supplements can be beneficial for these children. This neurologist stated that the FDA should follow the advice from its advisory panel and approve a pharmaceutical-grade CBD drug. This could open up many new high quality CBD treatments in the future, so those in need could obtain consistent CBD remedies.

According to research, CBD may possess anti-proliferative and pro-apoptotic effects that reduce cancer cell adhesion, migration, and invasion. In a 2006 study, it was discovered for the first time that CBD effectively and selectively slowed the development of breast tumor cell lines and showed significantly reduced potency in non-cancer cells.

In 2011, researchers provided a clear insight into the cellular mechanism that CBD uses to eliminate breast cancer cells. They revealed that it caused a concentration-dependent death of oestrogen receptor-positive and negative breast cancer cells. Additionally, the effective concentrations of the cannabinoid in tumor cells have little impact on non-tumorigenic, mammary cells.

Other studies showed that taking 700 mg of CBD per day for six weeks did not result in any noticeable toxicity in human beings. This suggests that it may be suitable for use as a long-term treatment. In addition to this, findings suggest that CBD can help in the treatment of colon and lung cancer, as well as leukemia.

A 2013 study showed that CBD provided protection against vascular damage resulting from high glucose levels, inflammation, or type 2 diabetes in animal subjects. In addition to this, CBD reduced vascular hyperpermeability and the risk of leaky gut, which are linked to vascular damage.

In a 2014 study, researchers learned that CBD was effective in preventing social recognition deficit in subjects. This means that the cannabinoid can help early Alzheimer’s patients that are struggling to recognize their loved ones. It was found that CBD could counter certain Alzheimer’s-related pathological symptoms because of its neuroprotective, anti-oxidative, and anti-inflammatory properties.

Acne is partly caused by inflammation and overactive sebaceous glands in the body. In 2014, a study showed that the anti-inflammatory properties of CBD may reduce the production of sebum that results in acne. This suggests that the cannabinoid can be a potential treatment for acne vulgaris, the most common type of acne.

CBD oil is extremely effective when it comes to the treatment of acne. Cannabidoil aids the skin in three ways through inhibiting oil production, decreasing stress, and reducing inflammation.

CBD helps regulate oil production by settling the sebaceous glands and inhibiting the overall production of sebum. In individuals with over productive oil glands, CBD may be a good choice for naturally regulating and reducing oil production in addition to helping skin in other ways.

CBD is being tested in several clinical trials to see how it can aid those struggling with addition. Research suggests that CBD can help treat addiction from heroin, amphetamines, tobacco, alcohol, and more. CBD is non-addictive and non-psychoactive, meaning it cannot affect the mind.

Evidence suggests that the health benefits of CBD may help people overcome addiction by reducing drug cravings and withdrawal symptoms. In a 2013 study, it was found that smokers that used a CBD inhaler smoked fewer cigarettes and did not experience additional nicotine cravings. Additionally, a 2015 study revealed that CBD may be able to help people who struggle with opioid addiction.

Another potential health benefit of CBD is that it may improve sleep.

In addition to CBDs ability to reduce symptoms of anxiety, it can also be used as a sleep aid. Those suffering from insomnia and other REM sleep behavior disorders may benefit from using CBD.

In smaller doses, CBD stimulates alertness, reducing daytime sleepiness. This is crucial for daytime performance and consistency of the sleep-wake cycle.

Daintri is a leading online retailer of high quality CBD products, including CBD oil, tincture, edibles, topicals, vapes, concentrates, and beauty products. Its products are made with the finest ingredients and most advanced manufacturing processes to ensure maximum health benefits.